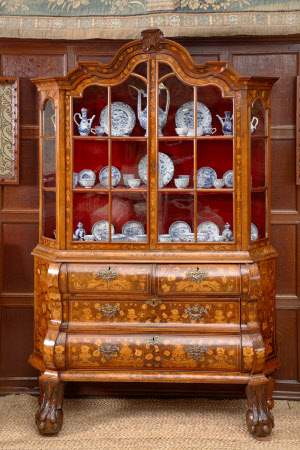 A walnut and fruitwood marquetry display cabinet, Dutch, mid-18th century, having an arched and moulded cornice above a pair of glazed doors enclosing shelves, between glazed canted side panels, the bombe base of two short and two graduated long drawers, raised on possibly later paw-carved feet, decorated throughout with floral marquetry.