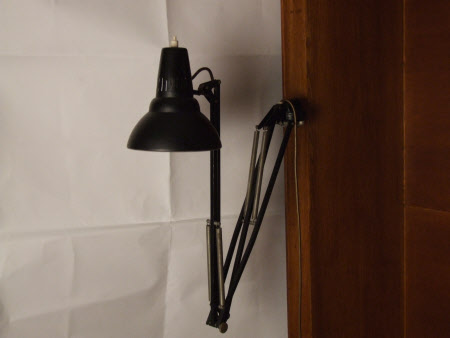 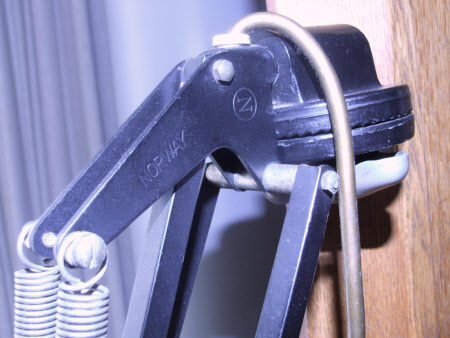 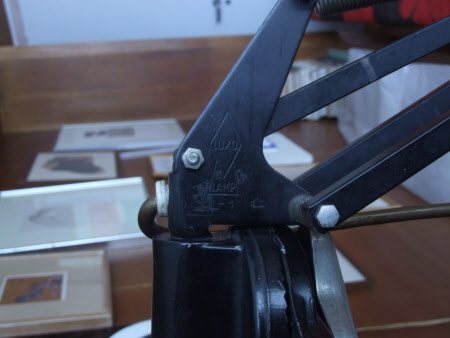 Anglepoise lamps, or lampe d'architecte in French, can be found in many rooms at 2 Willow Road, from the study to the living room. They were ideal for the architect Ernö Goldfinger, as they could be easily positioned to illuminate his work.

A Norwegian black lacquered steel Luxo L-1 lamp. The shade moulded with a stepped flared dome, affixed with a white bakelite push switch to the back of the lamp head. Supported on two adjustable arms, tensioned with four springs, mounted on a circular rotating joint, itself moulded to a flat metal plate that screws into the wall.