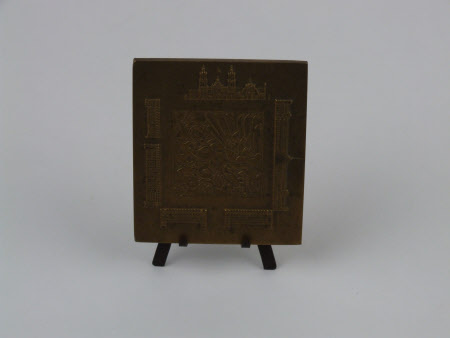 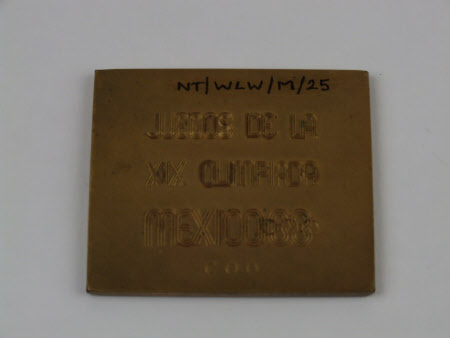 Although it is not known whether Erno Goldfinger attended the 1968 Olympics in Mexico, where this commemorative plaque would have come from, he was an avid collector of relics from around the world. This piece of Olympic memorabilia had a fitting place amongst the cosmopolitan variety of cultural objects in the Goldfinger home.

A commemorative brass plaque on a stand of the Olympic Games, Mexico, 1968. On one side displays "JUEGOS DE LA / XIX OLIMPIADA / MEXICO68".