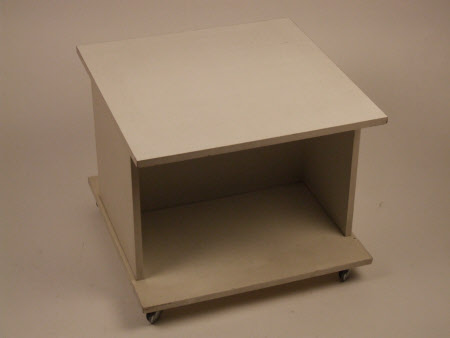 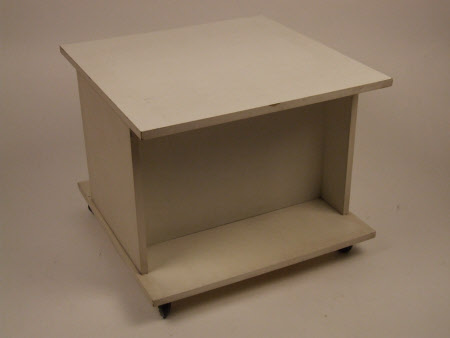 A melamine covered chipboard occasional table, English, second half 20th century, the square top atop to side boards, a recessed board forming the back and open to the opposing side, on a large square base supported on four plastic castors.