Costume for 'Lady Macbeth' known as the ‘Beetle Wing Dress’ 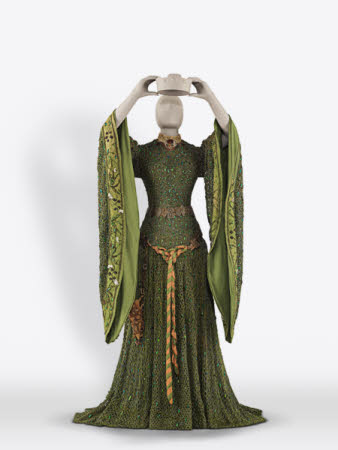 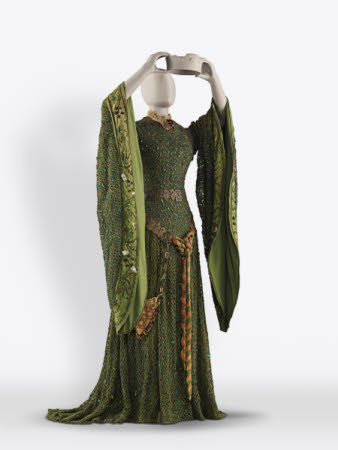 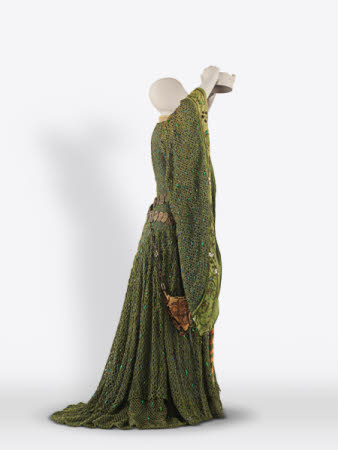 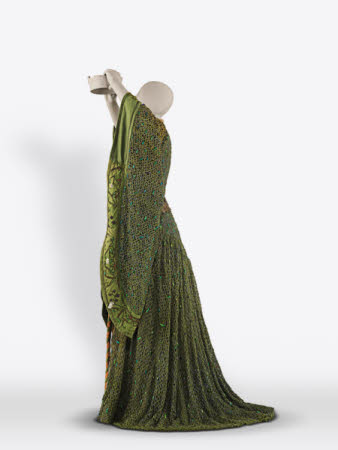 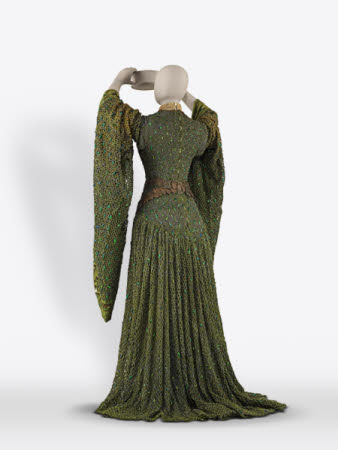 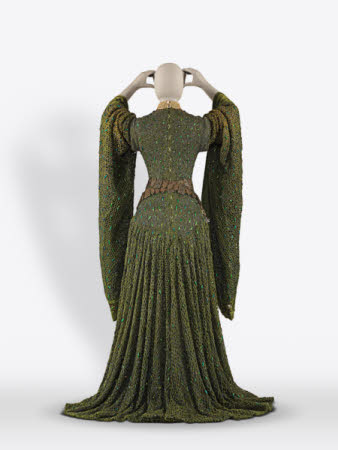 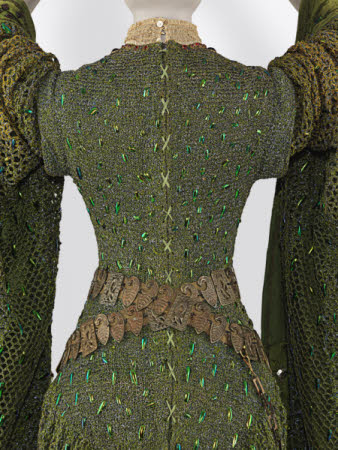 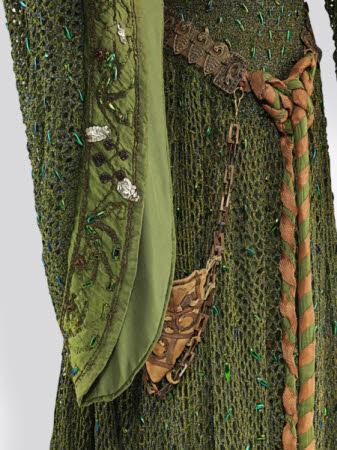 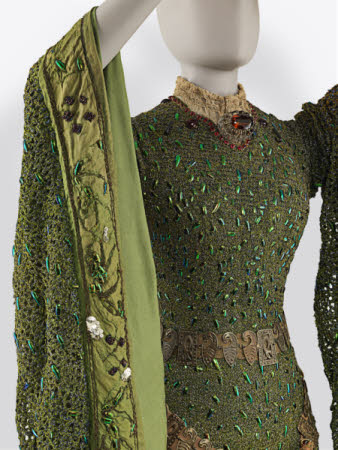 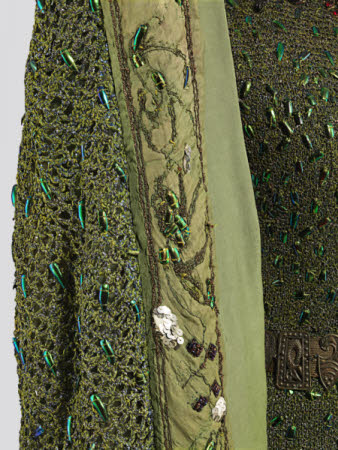 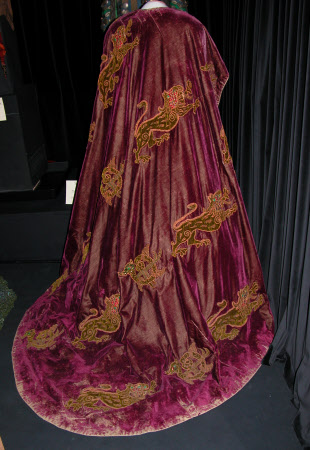 Playing Lady Macbeth for the first time at London’s Lyceum Theatre on the 29th December 1888, the celebrated actor Ellen Terry (1847-1928) made her appearance on stage wearing this bewitching costume. Drawing gasps from the audience, this dress of sparkling green tinsel was decorated with iridescent beetle-wing cases intended to catch and shimmer in the limelight. Medieval in inspiration, the costume was finished with a velvet heather-coloured cloak over which cascaded Terry’s lustrous, gold plaited, auburn hair. Terry subsequently likened the visual effect to the illumination of a stained-glass window. Created by the costume designer Alice Laura Comyns-Carr and her dressmaker Ada Nettleship, the dress’s green embodied the murderous ambition of Lady Macbeth, while the beetle-wing cases fittingly evoked the ‘appearance of the scales of a serpent’.

‘Beetle Wing Dress’ for Lady Macbeth, designed by Alice Laura Comyns-Carr and made by Adaline Cort Nettleship, 1888, cotton, silk, lace, beetle-wing cases, glass, metal. The dress is embroidered with iridescent beetle-wing cases and was worn by Ellen Terry (1847–1928) at the opening of Shakespeare's 'Macbeth' at the Lyceum Theatre in London in December 1888. Terry’s performance and its powerful visual impact were captured in 1889 in a painting by the artist John Singer Sargent (Tate).

By descent to Edith Craig in 1928; the house and collections were given to the National Trust in 1939.