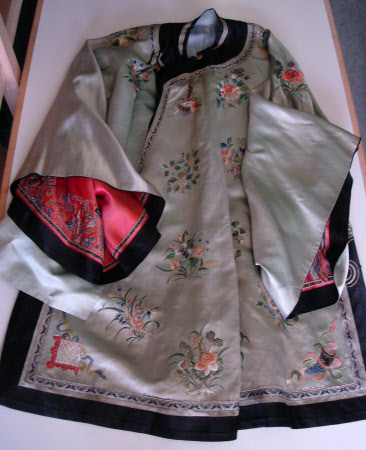 This embroidered Chinese blue silk robe was given to Ellen Terry by the film star couple Madge Titheradge and Charles Quartermaine in 1909. Terry was particularly fond of the Asian style of dress and took to wearing silk kimonos during her affair with architect and designer Edward William Godwin from 1868-1875.