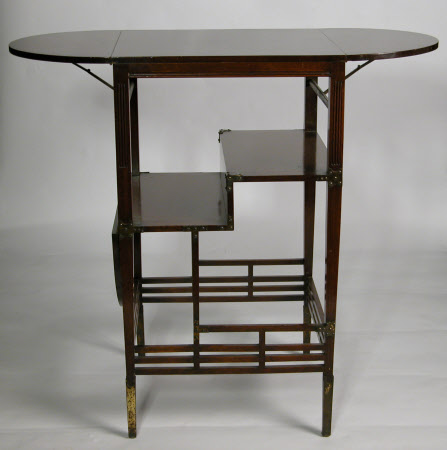 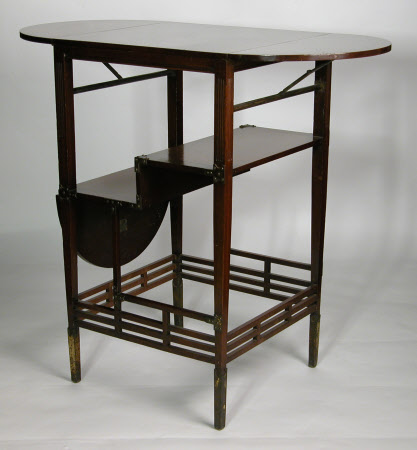 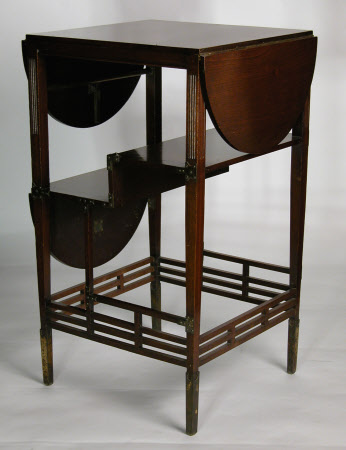 This late 19th century mahogany tea table was made for Ellen Terry by Edward William Godwin. Godwin, the father of both of Terry's children, was a well-known Arts & Crafts architect and designer. The table, sometimes referred to as the “Smallhythe table,” is one of approximately six in existence. Godwin created several other pieces currently on display at Smallhythe Place.

Late 19th century mahogany tea table, the square top having two 'D' shaped flaps and the stepped lower shelf having another. The angled joints being bound with brass and the toes encased in 75 mm brass caps, the legs being joined by three parallel stretchers. (Designed by E.W. Godwin).