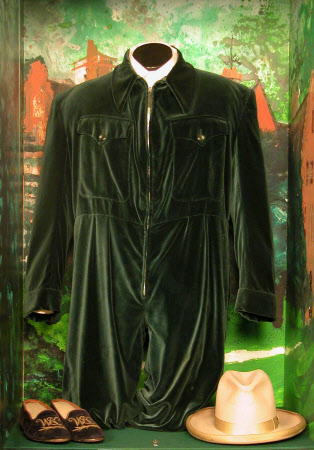 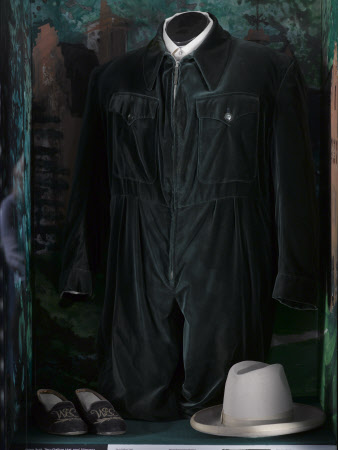 The siren suit is symbolic of Sir Winston Churchill during the Second World War; in fact according to the historian Michael Paterson in his book, “Winston Churchill: Personal Accounts of the Great Leader of War”, “His famous wartime siren-suit was the one personal symbol that was entirely his own invention. As an amateur bricklayer he had been used to wearing overalls.” The siren suit allowed Churchill to be woken in the middle of the night, either as a result of an air raid or pressing news, and be dressed within a minute, hence its name siren suit. In fact Churchill had worn similar garments before the war including boiler suits and overalls for both work around Chartwell and painting. Paterson continues to state that, “The no-nonense, workmanlike appearance of the siren-suit caught another national mood - the desire to grapple with the job in hand and see it through - that was simultaneously the basis of his leadership.” The journalist James Laver also wrote that “It was as if he were saying to every factory worker in the country: ‘I am on night-shift too.” Churchill’s siren suits were made by the shirt makers Turnbull and Asser who were based on Jermym Street in London, the same site as the house of his ancestor the 1st Duke of Marlborough. They made a variety of siren suits in lots of different materials, although the one on display at Chartwell is made out of velvet. According to Turnbull and Asser, “Several of his … suits were returned to us for repair - damaged not through enemy action but his cigars.” Churchill is photographed in one similar to the one on display at Chartwell, when he visited President Roosevelt in December 1941. In fact according to the historian Hazel Rowley in her book, “Franklin and Eleanor: An Extraordinary Marriage”, “… [Churchill] paced around the corridors in a bizarre-looking one-piece woolen outfit with a zip up the front. (His ‘siren suit’ was a ‘joy’, Eleanor told Lash, and she was having one made for FDR)”. Also in the case with the siren suit is a pair of blue velvet slippers, which have Churchill’s initials monogrammed in gold. These slippers were made by N. Tuczeck, a shoemaker in London. Following the end of the war Norman McGowan, Churchill’s valet, noted that Churchill was “… extremely attached to those slippers, but not because of the gold initials as for their comfort.” Also included in the case is Churchill’s 10 gallon hat which he liked to wear when painting in the South of France. This hat was made especially for him by John B. Stetson Company.