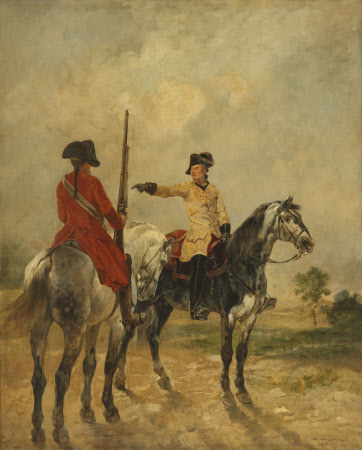 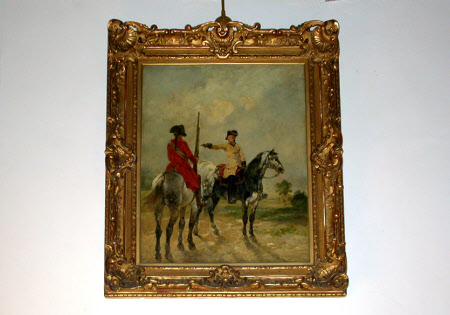 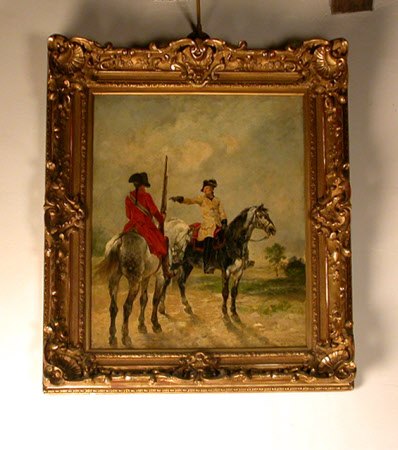 Oil painting on panel, Two Cavalry Officers by John Lewis Brown (Bordeaux 1829 – Paris 1890), signed and dated: John Leiws Brown 1875. Two men on horseback in 18th century costume, each on a grey horse, one figure pointing. This scene from the Seven Years War was given to Churchill by Sir Philip Sassoon, apparently under the mistaken impression that it showed an episode from his ancestor Marlbrough's campaiongsn