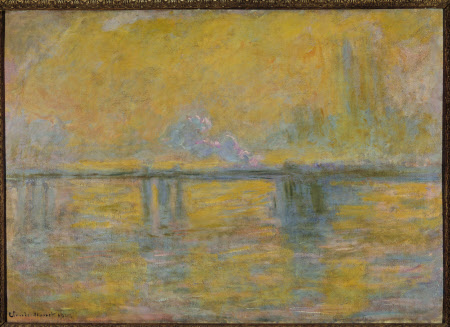 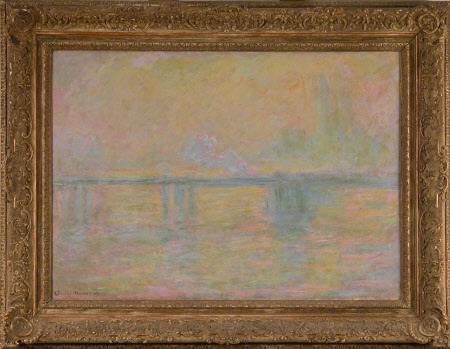 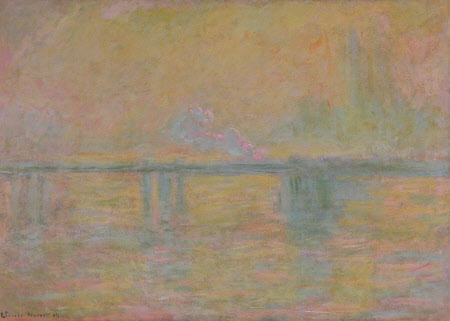 This painting by Monet was given to Winston Churchill by his literary agent, the Hungarian, Emery Reves, whom he had known since 1937. Churchill, an amateur painter, was a great admirer of the impressionists and emulated their use of colour and light in his own work. Pont de Londres is a view of Charing Cross Bridge and is one of a series of views of this London bridge that Monet made between 1883 and 1908 during his travels around Europe.

Given to Winston Churchill by Emery Reeves (Imre Révész) (1904 - 1981) (Churchill's Hungarian-born literary agent) (French Customs label) in 1949; accepted by the Treasury as a part of death duties and then placed on 50-year loan to the Trust from 1967; transferred to the National Trust by HM Treasury, 1984