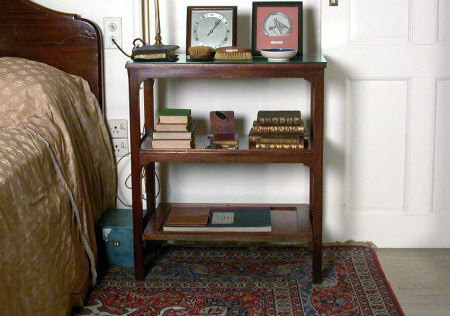 A mahogany three-tier étagère, English, first half 20th century, the rectangular top and middle tier with shaped corner brackets to all sides, the middle tier with raised rim to the front and sides, the lowest tier is a later addition formed from a paneled cupboard door supported on a block to each side, on four square-section legs. This étagère was used by Sir Winston as his bedside table.