Plan of the principal floor of Norfolk House 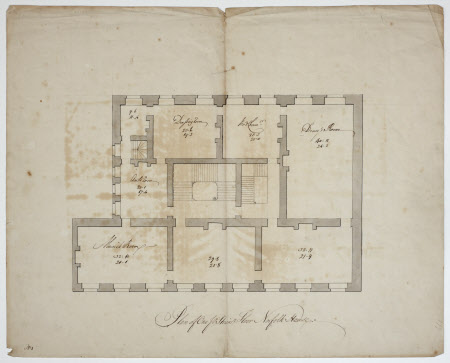 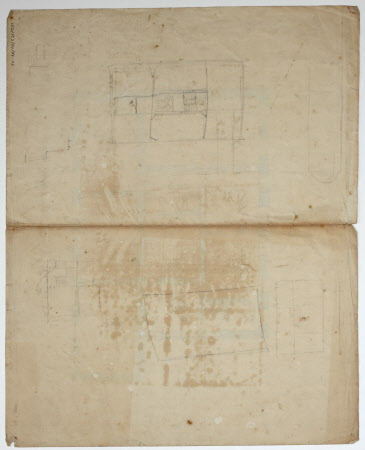 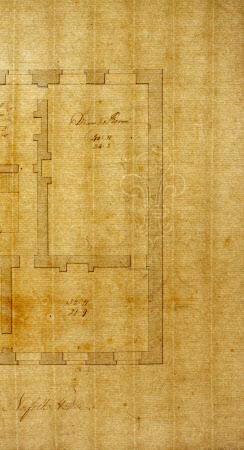 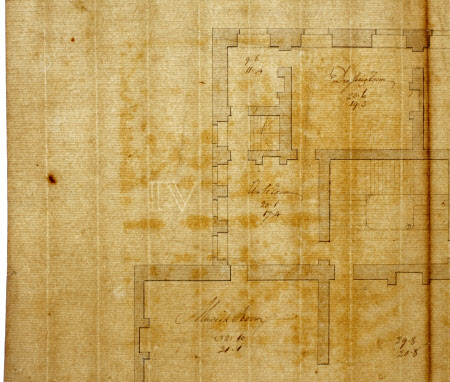 Ink and grey wash on paper

Plan of the principal floor of Norfolk House, No. 31 St James's Square, London. Palladian building with Rococo interiors, built by Matthew Brettingham c. 1750 for the 9th Duke of Norfolk (now demolished). Some rooms labelled, and all are measured. Underneath plan: "Plan of One Pr Stairs Floor Norfolk House". Numbered "3" in right lower corner. Verso: pencil sketches of floor plans. Unsigned and undated. Watermark: Fleur-de-lys; countermark: IV. Perhaps drawn for the 1st Lord Scarsdale as part of the plans to rebuild Kedleston? Another possibility is that it was drawn by Admiral Henry Curzon (1765-1846). Appears originally to have been part of a sketchbook. For a detailed description of the building, see Shepphard (ed), Survey of London, vols 29 & 30: St James Westminster (London: 1960), Part I pp. 187-202.

After Matthew Brettingham, perhaps for Nathaniel Curzon, 1st Baron Scarsdale. Or, drawn by Admiral Henry Curzon. By descent to Francis Curzon, 3rd Viscount Scarsdale. Acquired by gift as part of the transfer of Kedleston Hall to the National Trust in 1987.

after Matthew Brettingham the younger (1725-1803), architect