A Hilly Landscape with Herdsmen, Cattle and Sheep 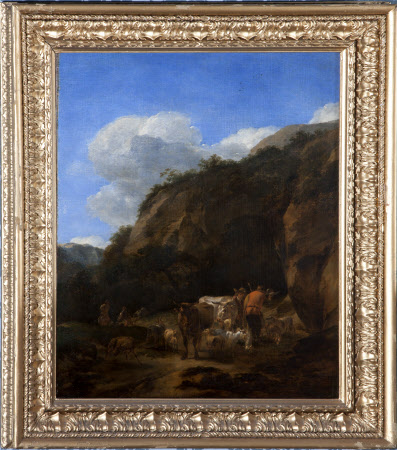 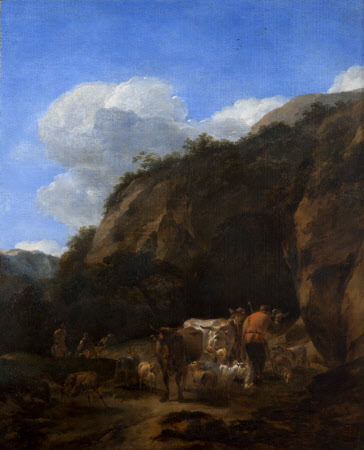 Oil painting on canvas, A Hilly Landscape with Herdsmen, Cattle and Sheep by Nicolaes Berchem the elder (Haarlem 1620 – Amsterdam 1683). Berchem was the most prolific of the Dutch painters of idealised italianate landscapes with pastoral figures

Martyn 1766 Thomas Martyn, English Connoisseur, containing an account of whatever is curious in Painting, Sculpture, &c in the palaces and seats of the Nobility, Royal Society, London, 1766, vol.II, 1766, p. 98