Wooded Landscape with Huntsmen and a Dog 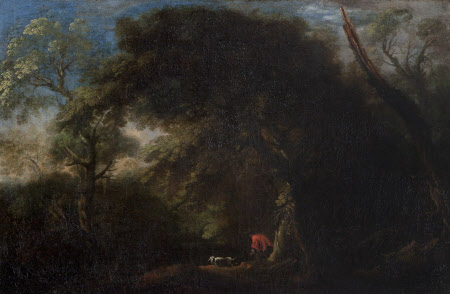 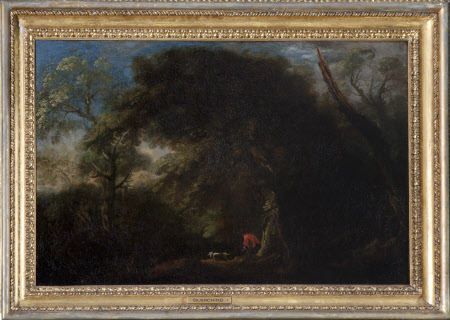 Oil painting on canvas, Wooded Landscape with Huntsmen and a Dog in the manner of Herman van Swanevelt (Woerden c.1600 - Paris 1665). An obviously Italianate landscape, but more probably by a northern artist, this picture has been at Kedleston since before 1787, originally attributed to Guercino, and later to Salvator Rosa.

Recorded in Principal Dressing Room by Young in 1771 as Guercino. Purchased in 1987 by the National Trust from Francis Curzon, 3rd Viscount Scarsdale (1924-2000).