Landscape with the Rest on the Flight into Egypt 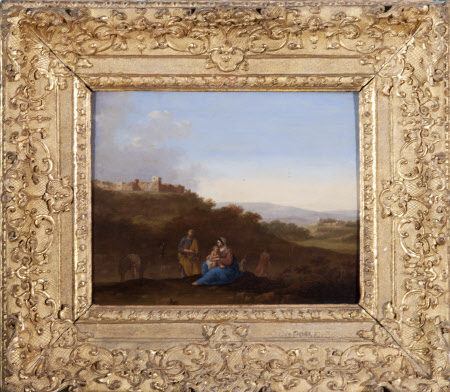 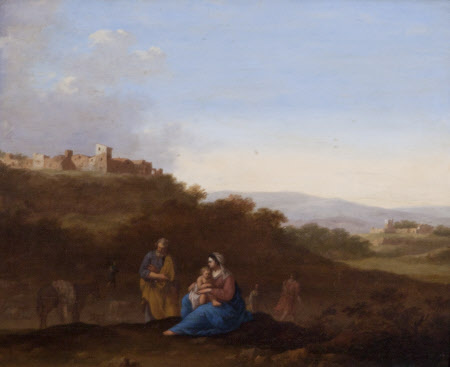 Oil painting on panel, Landscape with the Rest on the Flight into Egypt by Cornelis van Poelenburch (Utrecht 1594/5 - Utrecht 1667), signed with initials. Poelenburgh spent several years in Rome and Florence. He also spent some time in the service of the Grand Duke of Tuscany. He visited England several times. Strongly influenced by Adam Elsheimer. A characteristic work by this Dutch Italianate artist, who was in Italy from 1617 to 1623, and after his return specialised in ideal landscapes, with figures inspired by the large-scale figural paintings of his Utrecht contemporaries.