The Holy Family with the Infant Saint John 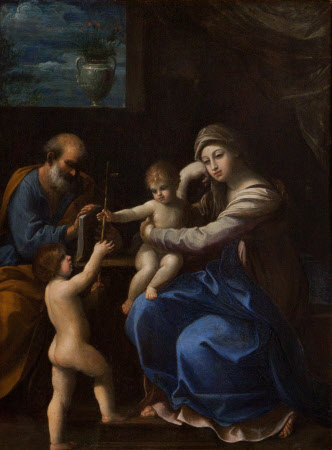 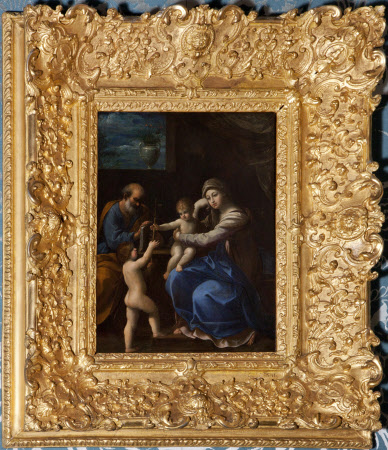 Oil painting on copper, The Holy Family with the Infant Saint John, after Guido Reni (Bologna 1575 – Bologna 1642), 17th century. The infant cousins meet for the first time when they are both in Egypt. First recorded in the Withdrawing Room in 1771, this little painting has a distinguished provenance: the duc de Tallard (who owned the so-called 'Tallard Madonna', circle of Giorgione, now in Ashmolean Museum, Oxford); Dr Bragge's sale in 1757, and John Barnard. These help to show how seriously its old attribution to Guido Reni was taken; and indeed, it does appear to have been inspired by a little painting on copper of the same subject by Reni, which was once in the collection of Louis XIV.