Bust of Saint John the Baptist with a Lamb 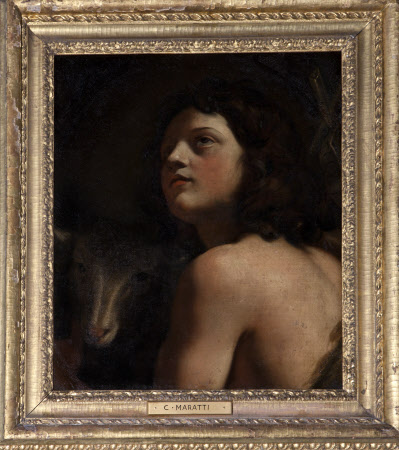 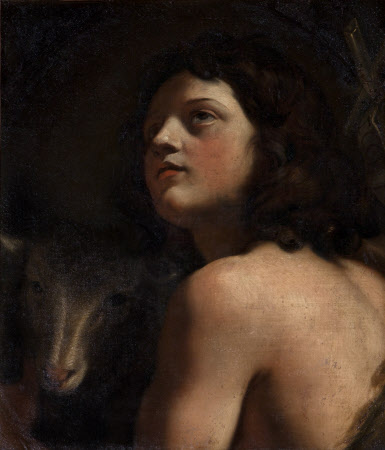 Oil painting on canvas, Saint John the Baptist with a Lamb, Italian School, close to Giacinto Brandi (Gaeta 1621 - Rome 1691), late 17th century. Saint John the Baptist is depicted as a young man, right, head and shoulders, turned to left, almost showing full-back; head turned, three-quarters to front, gazing upwards, shoulder-length hair, bare shoulders and back; on left, a large lamb’s head, gazing at spectator. The lamb's face is towards the viewer on the left.

Sold to Sir Nathaniel Curzon by William Kent as a Carlo Maratta; recorded in Ante-Chamber in c.1778; bought with part of the contents of Kedleston with the aid of the National Heritage Memorial Fund in 1987 when the house and park were given to the National Trust by Francis Curzon, 3rd Viscount Scarsdale (1924-2000)