River Scene with Fortified Bridge and Figures in a Boat 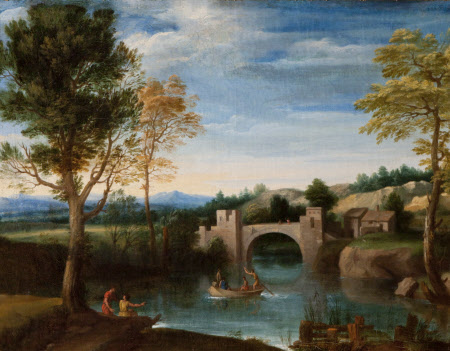 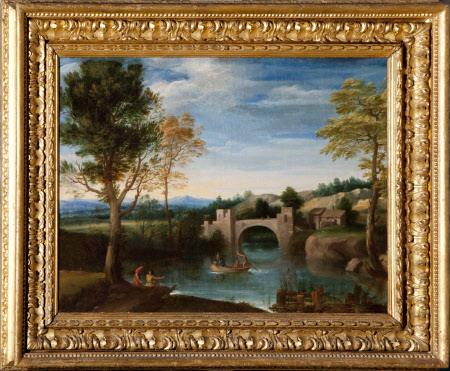 Oil painting on canvas, River Scene with Fortified Bridge and Figures in a Boat, manner of Domenico Zampieri Domenichino (Bologna 1581 - Naples 1641), 17th century. River with single span arch bridge with towers on either side and two cottages on right of river. A standing boatman is rowing three people. Two figures, one pointing to the boat, stand beneath tree on left. This kind of classicising landscape, promulgated from Rome by the Bolognese Anibale Carracci and his former pupil Domenichino, represents the opposite pole to the sort of wild landscape made popular by Salvator Rosa. Although ascribed to Domenichino himself since it was first recorded at Kedleston, circa 1787, this is by an unidentified follower.