The Penitent Mary Magdalen in a Landscape 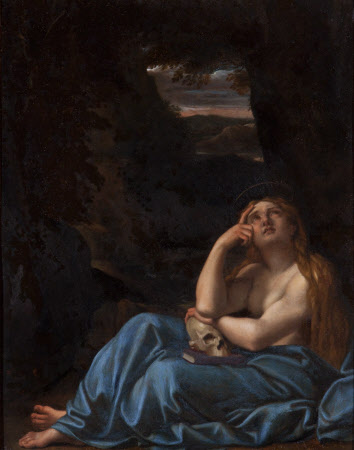 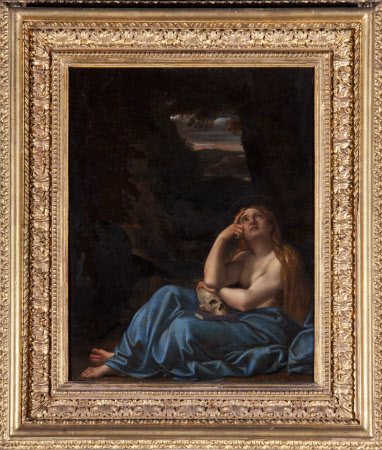 Oil painting on copper, The Penitent Mary Magdalen in a Landscape, after Annibale Carracci (Bologna 1560 – Rome 1609), 17th century. Depicting the penitent Magdalen, the subject had became popular in the Counter-Reformation as the Catholic church sought to promote the sacrament of penance. The skull is a reminder of the brevity of life. Extracted and adapted from a much larger oblong, horizontal work, on canvas, in the Doria-Pamphilj Gallery in Rome and another autograph version, on copper, of which is in the Fitzwilliam Museum, Cambridge, originally listed as the work of Ludovico Carracci in the inventory of the Villa Borghese in 1678 but more recently attributed to Francesco Albani (Bologna 1578 - Bologna 1660).

Bought by William Kent (fl. 1742-1761) for Sir Nathaniel Curzon from the collection of the Marchese Arnaldi in 1758, as Annibale Carracci; and thence by descent until gifted to the National Trust in 1986 by Francis Curzon, 3rd Viscount Scarsdale (1924-2000).