Diana (Selene) riding her Chariot (from the Arch of Constantine) 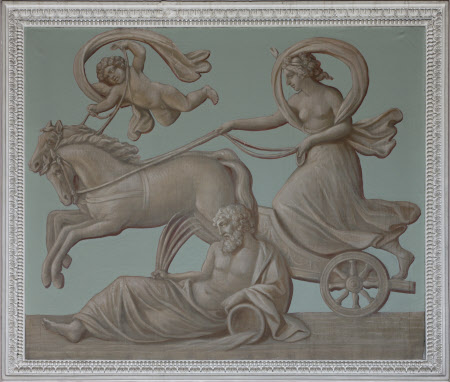 Oil painting on canvas (grisaille), Diana (Selene) riding her Chariot (from the Arch of Constantine), British (English) School, 1759-69. (if this work relates to 'The Iliad' sequence) or the river god Xanthus (if it relates to the round painting below it). She has a two-horsed chariot