Aurora riding her Chariot (from the Arch of Constantine) 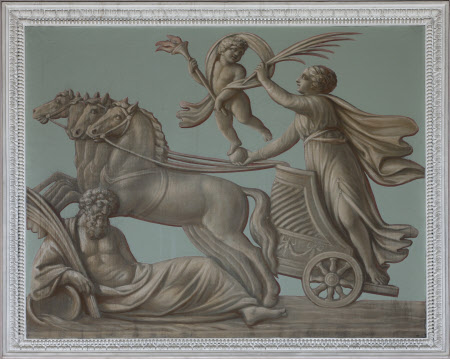 Oil painting on canvas (grisaille), Aurora riding her Chariot (from the Arch of Constantine), British (English) School, 1759-69. If this work relates to the Iliad sequence or the River God Alpheus if it relates to the round painting below. Based on bas-reliefs of the Hadrianic period c. 130-138, inverted. Aurora (Day) is a female goddess and opposite to the moon, Silene (Diana), also female representing Night.