Sacrifice to Mars (from the Arch of Constantine) 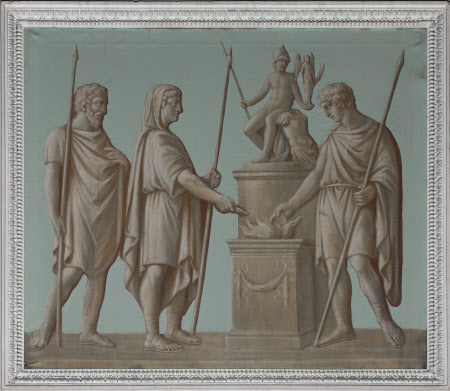 Oil painting on canvas (grisaille), Sacrifice to Mars (from Arch of Constantine), British (English) School, 1759-69. The original releif that this is taken from has three figures on the left and is a Sacrifice to Hercules.