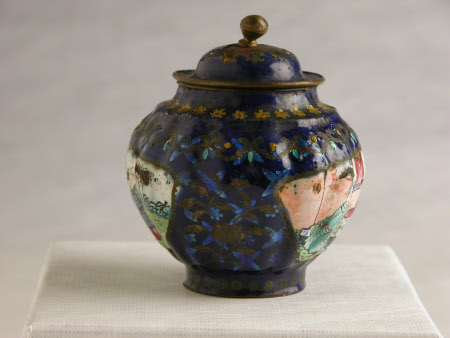 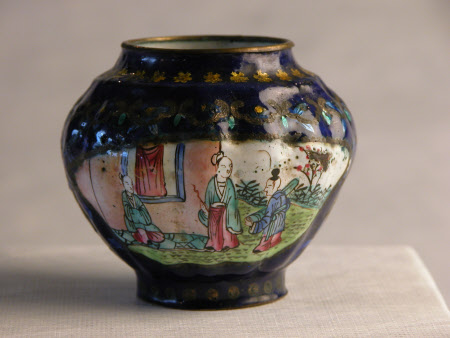 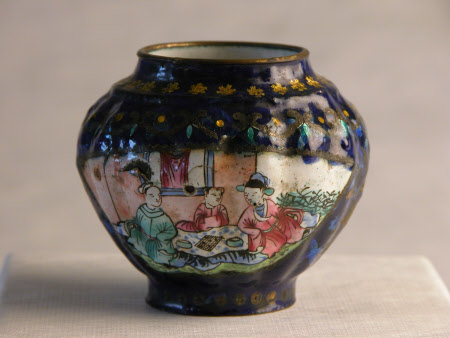 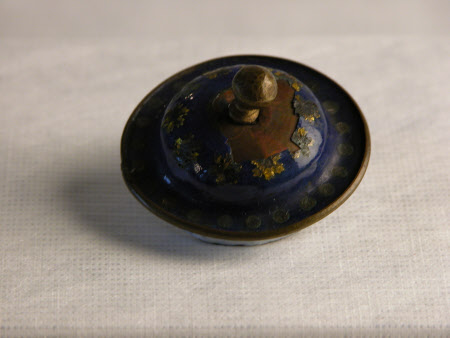 The body to a miniature Cantonese enamel jar with lid. It has an indigo ground with gilt border and two fan-shaped panels with domestic scenes, which depict two of the four gentlemanly pursuits. One shows two men playing the board game, 'Wei Qi' (known as 'Go' in Japan). On the reverse, it shows a boy presenting a zither (Zheng) for one of the two gentlemen to play. 'A Canton enamel vase and copper cover' (Christie's entry)