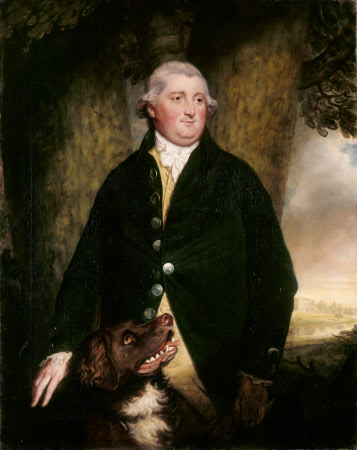 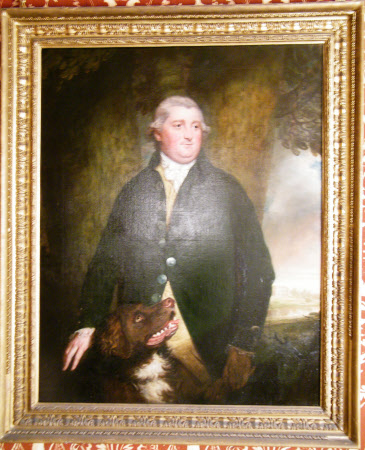 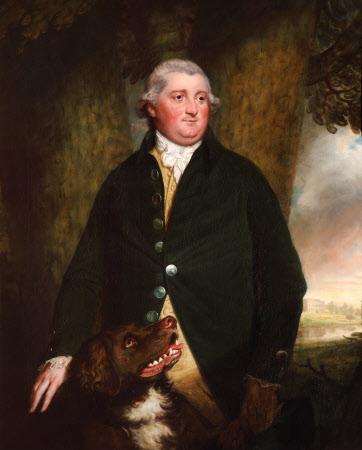 Oil on canvas in giltwood frame.

Oil painting on canvas, Charles Penruddocke, MP (c. 1742 - 1788) of Compton Chamberlayne by Thomas Beach (Milton Abbas 1738 – Dorchester 1806), circa 1785/1788. A three-quarter-length portrait of a portly man, turned slightly to the left, gazing to the right, his right hand resting on the back of a dog who looks up at him. He wears a powdered wig, dark coat with silver buttons, two trees in the background on the left, and a distant cloudy horizon on the right. Penruddocke came of a very old Wiltshire parliamentary family and in 1770 he was returned unopposed for the county. He married Anne Henrietta, daughter of Wadham Wyndham of Fyfield Manor, Wiltshire on 10 April 1769 with whom they had five sons. Her three-quarter-length portrait, to left, was also done by Thomas Beach and signed and dated 1787. This portrait of Charles is currently paired with the portrait of John Penruddocke - NT 1440713. (Alternative spelling: Penruddock.)

On loan from the Executors of Col. N. F. Penruddock(e)