The Entrance to the Cannaregio, Venice 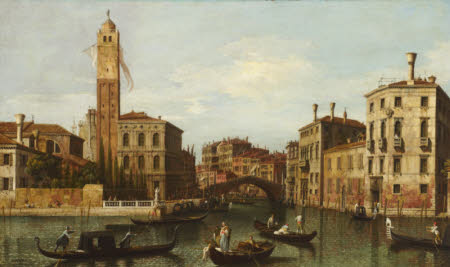 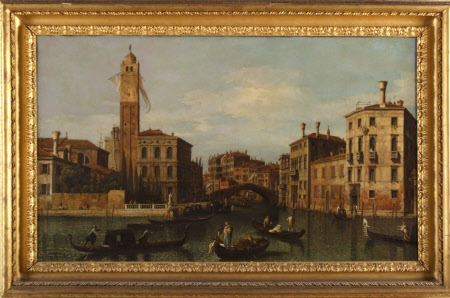 Oil painting on canvas, The Entrance to the Cannaregio, Venice, studio of Canaletto (Venice 1697 – Venice 1768). The campanile of San Germania on the left, Palazzo Labia beside it and Palazzo Querini detti Papozze opposite, with the Ponte di Cannaregio in the centre. In 1736, at the time of Visentini's engraving Marchiori's statue of San Giovanni Napomuceno had yet been erected on the traghetto of San Germania. Since the painting at Windsor is the original picture and the statue is in position, it follows that Smith must have got Canaletto to alter the painting for the second edition of Visentini's engravings of 1742. The statue of St John Nepomuk does not appear in the National Gallery's version (NG 1058)