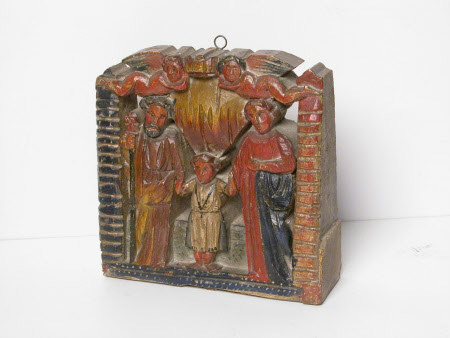 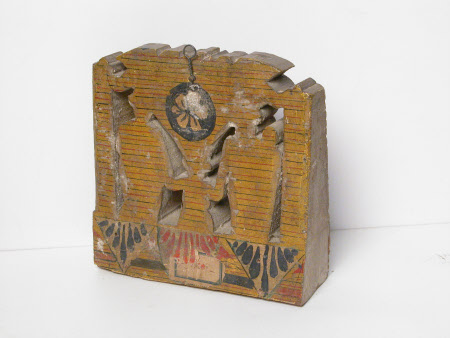 Wood carving - One of a set of three Sicilian wood polychrome block carvings Surmounted by two cherubs and a crown and mainly coloured blue, green, and earth tones. This one depicts the Holy Family in darker colours. Mary holds a blue cloak. Reverse painted with red, blue and green stripes and a dark medallion. Label: 'L 16'. Several carvings from a Sicilian carretto (cart). Allegedly these were some of the last objects bought by Charles Wade and delivered after his death- reputedly found in brown paper and string under a workshop bench.