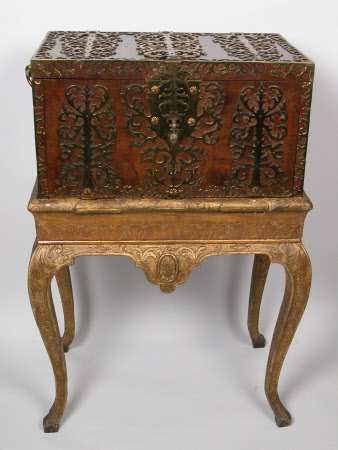 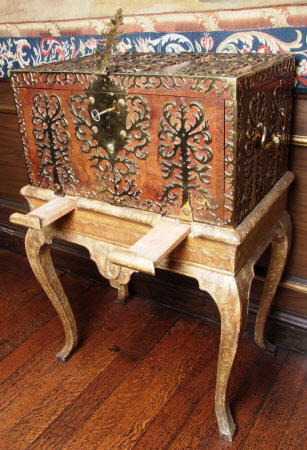 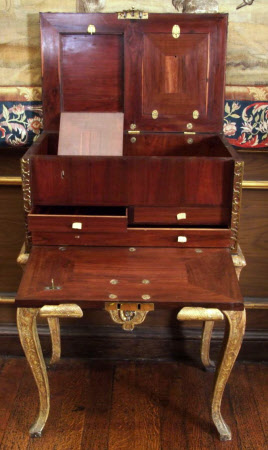 A brass-mounted kingwood-veneered strongbox, Anglo-Dutch, circa 1675. Veneered to the exterior with kingwood and to the interior with rosewood, and bound and embellished with foliate brass mounts and straps. The front top and sides oyster-veneered. There are three hinges to the lid and three to the fall front opening to an interior fitted with a large compartment and three drawers, as well as secret drawers. Raised on a gilt gesso stand, English, circa 1730 [NT 1139751.2]. -- According to Thornton and Tomlin, this strongbox could be one of the two described in the inventory of 1683, in the Duchess's Bedchamber.

Thornton and Tomlin 1980 Peter Thornton, and Maurice Tomlin. “The Furnishing and Decoration of Ham House.” Furniture History, The Journal of The Furniture History Society Vol.XVI, 1980, fig 68