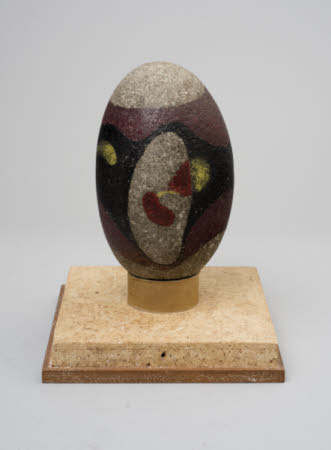 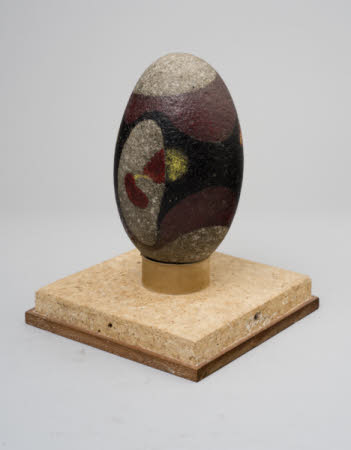 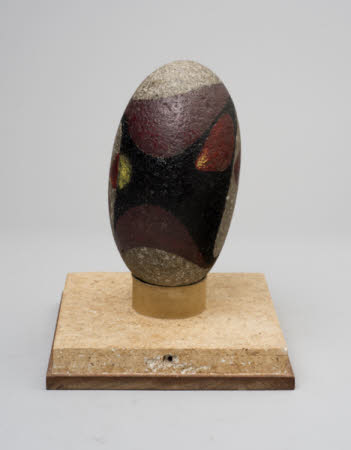 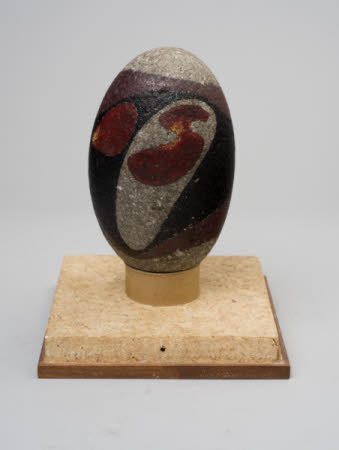 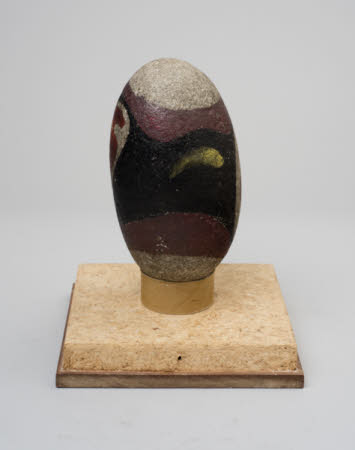 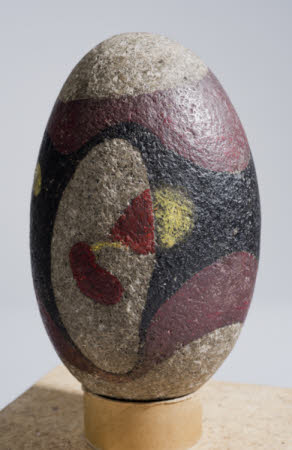 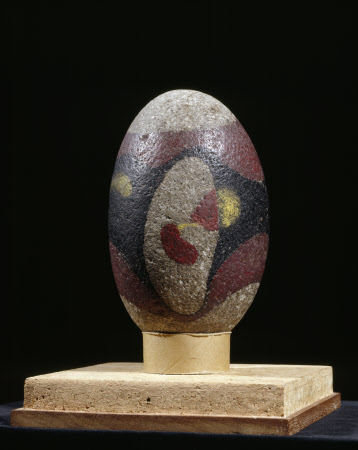 Painted granite pebble stone, from a mountain stream in Maloja in Switzerland, by Max Ernst (1891-1976), 1934. Ovoid shape with a coarse surface texture, with a predominantly black painted surface with ovals of natural stone left unpainted and further ovals of red paint over both the black and unpainted surfaces. Displayed on a stone base with wooden surround, with a cylindrical cardboard support and perspex cover.

The so-called Maloja stones created in 1934 were Max Ernst’s earliest essays in the art of sculpture. During the summer of that year Ernst stayed in Maloja in the Engadin region of Switzerland, at the invitation of the sculptor Alberto Giacometti. The two men became fascinated by the granite stones they found in a nearby river, that had been worn over time into large smooth shapes. Ernst carved shallow reliefs in some stones, but for most he left their natural form, simply adding selective painted decoration. Ernst described in a letter to a friend their joy in this new art form: ’We are working large and small granite blocks from the moraines of the Forno Glacier. They have been wonderfully worn down by time, ice and weather; just in their natural state they look fantastically beautiful enough; the human hand can really add nothing to this. Why not therefore simply leave the work to the elements and instead content ourselves with scratching into them, rune-like, our secrets?’ The Goldfingers became close friends of Max Ernst, a number of whose works they eventually owned. Jeremy Warren, 2018

END_OF_DOCUMENT_TOKEN_TO_BE_REPLACED

A Surrealist stone by Max Ernst