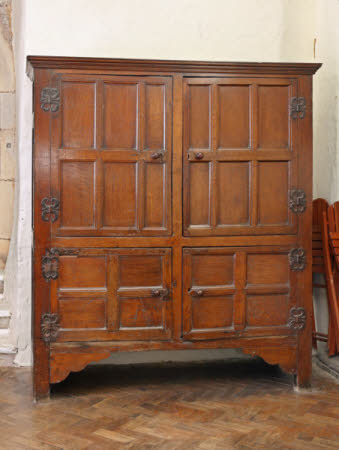 An oak livery cupboard, English, late 17th century. With moulded cornice above a pair of doors, each of four broad and two narrow panels, above a further pair of paneled cupboard doors below. Fitted with later wooden knob handles, and elaborate fleur-de-lys form iron hinges. Raised on stile supports with spandrels and between paneled ends. The ends are paneled differently, so it is possible that this cupboard has been modified. It is also probable that the spandrels are later.