An Allegory with Venus, Mars, Cupid and Time 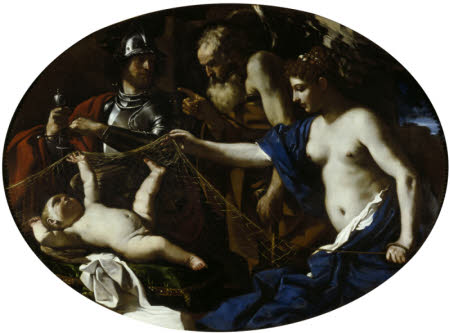 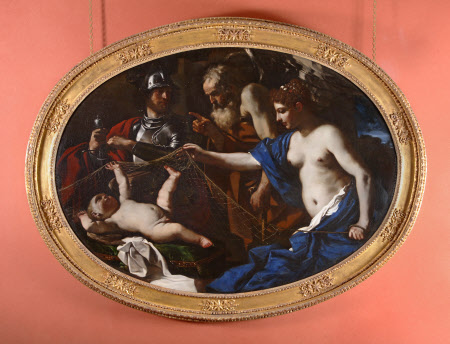 Oil painting on canvas (oval), An Allegory with Venus, Mars, Cupid and Time by Guercino (Cento 1591 – Bologna 1666), circa 1624-26. The date of this painting is usually assumed to be after Guercino left Rome in 1623 but since an earlier full-size sketch emerged at auction in 2013 (ex-Manganoni collection) and a related pen and wash drawing of a different composition with only three figures at auction in 1990, it seems that Guercino had been working on the composition two to three years earlier. A later version, 1656, was mentioned in Guercino's Libro dei Conti but was probably destroyed in World War II. Cupid is trapped under a net by Venus who was later to be similarly treated following a dalliance with Mars - hence the warning presence of Time.