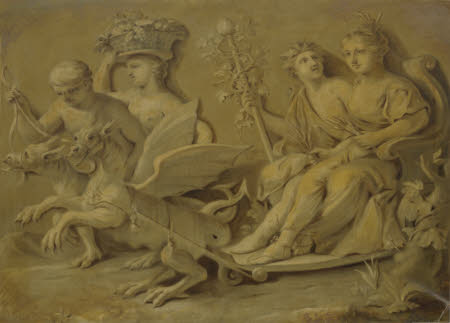 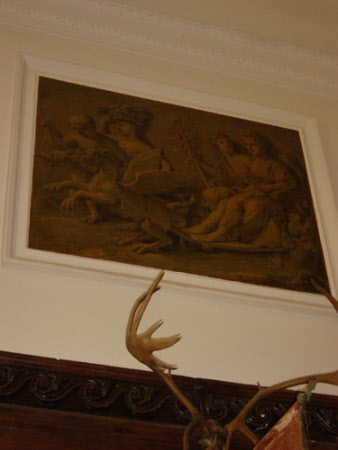 Oil painting on canvas (grisaille), Bacchus and Ceres, British (English) School, mid 18th century. 1 of 9, grisaille picture of mythological subject. Canvas set in plaster frame. Mid C18 This mytholgocal scen is a combination of Bacchus, holding his thyrsus, a wand tipped with a pine cone, twined with ivy, sitting in a triumphal cart, and accompanied by Ceres, rather than Ariadne, as it is drawn by dragons.

The freehold of Melford Hall and its fixtures and fittings (including the grisailles) were transferred by the Treasury to the National Trust in 1960.