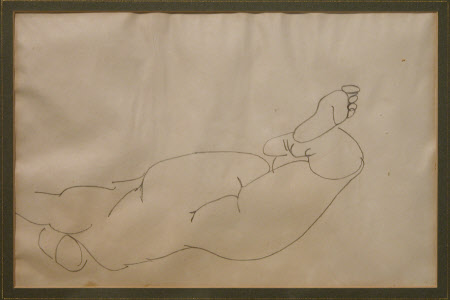 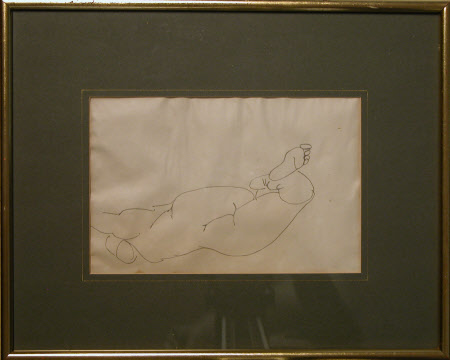 Henri Gaudier-Brezka was a French sculptor. This pencil drawing shows his ability to imply, with a few strokes, to being of a subject. He would die in the trenches during the First World War at the age of 23. Although having only four years to develop his art, he would have strong influence on 20th century modernist sculpture.

A pencil on paper drawing of a nude woman, by Henri Gaudier-Brzeska. With a green mount and glazed gold frame.