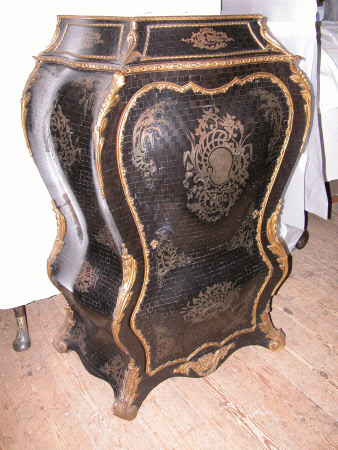 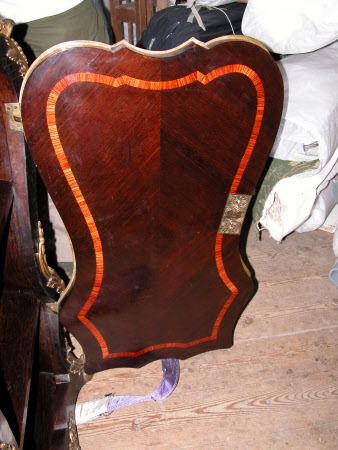 Maison Alphonse Giroux was established in 1799 by François-Simon-Alphonse Giroux with premises at 7, rue du Coq-Saint-Honoré, Paris. Specialising in the production and sale of small items of furniture, 'objets d'art, de fantaisie et de papeterie'. The firm was responsible for a bedroom suite supplied to Charles X in 1826. In 1838, the company was taken over by Giroux's two sons, Alphonse-Gustave and André who under the name of Giroux & Cie, continued and expanded the business, showing and frequently winning medals at the Exposition des produits de l'industrie Française. The business relocated to 43, boulevard des Capucines, where it remained until 1867 when it was taken over by Duvinage and Harinckouk. For work by Giroux See Sotheby's 'The Polo Collection' 24th February 2016 lots 115 & 125 for similar cubed ebony and brass inlay detail. A work table by the same maker is in the National Trust Collection at Saltram, Devon NT871377 See also Denise Ledoux-Lebard, Le Mobilier Français du XIX Siècle, Paris, 1989, pp. 223-230 J B Rietstap, Armorial Général, vol. I, page 79, and vol. II, page 29