Silvio carries Dorinda to his House (after Zucchi) 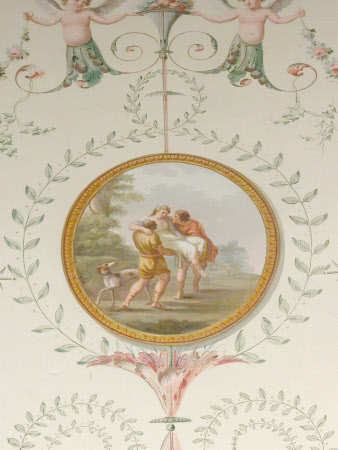 Oil painting (circular) on plaster, Silvio carries Dorinda to his House (after Zucchi), after François-Xavier Vispré (c.1730 - London 1790), circa 1785. Two men carrying a woman in their arms accompanied by a hound. A mythological subject, two men carry a sleeping female figure in their arms. A hound to the left in landscape setting. Painted wall roundel, gilt border in laurel wreath.