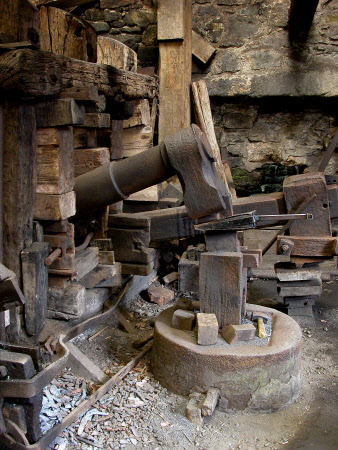 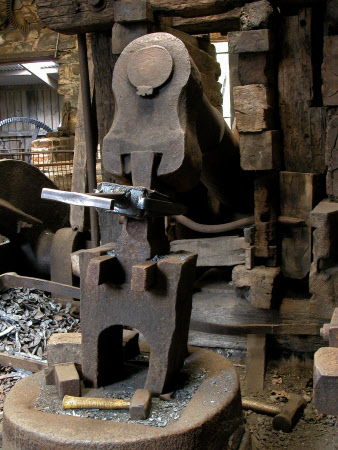 Acquired second hand, probably from the Tavistock Iron Works around 1820-25, these are the last surviving authentic water-powered trip hammers, still working in England. The two huge hammers, one three quarters of a ton the other one and a quarter tons were used in the mass production of the Finch’s ‘edge tools’. When in full production the smaller steeling hammer, would beat at two hundred and forty beats per minute - four every second!