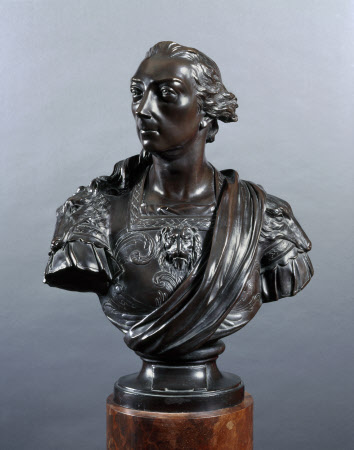 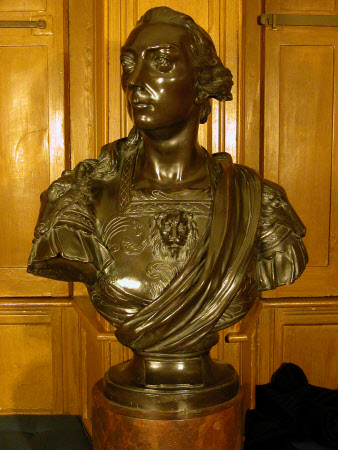 This Bronze Bust of General James Wolfe, whose body was so badly decomposed by the time it had reached Britain that a death mask was impossible, was actually based on the life mask of a servant of Lord Gower who was thought to resemble Wolfe and then altered using Captain Hervey Smyth’s sketch.

Sculpture, bronze, General James Wolfe (1727-1759) after Joseph Wilton, RA., (London 1722 - Wanstead 1803). Bronze bust of General Wolfe, taken from a contemporary bust by Joseph Wilton. The plaster original is in the Canadian Public Archives. A marble copy was bequeathed to the National Gallery of Canada by the 6th Early of Rosebery in 1975. Some bronze casts were made to the order of Sir Robert Leicester Harmsworth who presented one to Quebec House; a second was presented to the National Portrait Gallery, London. The sitter is believed to be the servant of a certain Lord Gower, who bore a striking resemblance to Wolfe, see p. 41 'The Likeness of Wolfe' by John Kerslake of the National Portrait Gallery in bicentenary book privately printed by the Quebec House Advisory Committee in 1959.