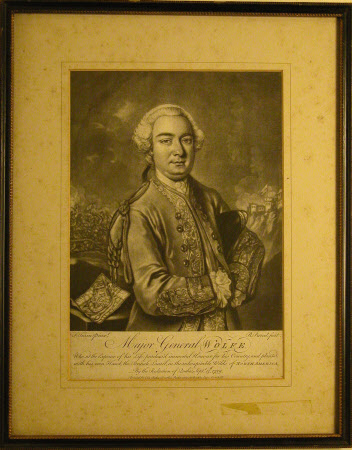 Major General Wolfe Who, at the Expence of his Life, purchased immortal Honour for his Country, and planted with his own Hand, the British Laurel, in the inhospitable Wilds of North America,By the Reduction of Quebec, Septr 13th 1759.