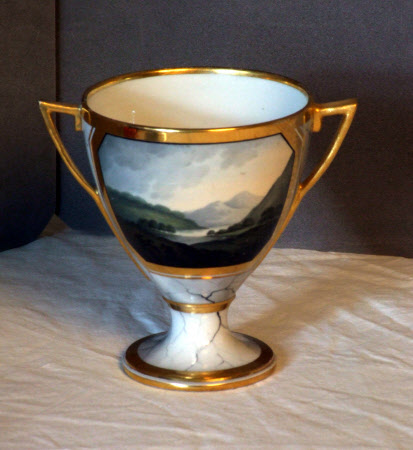 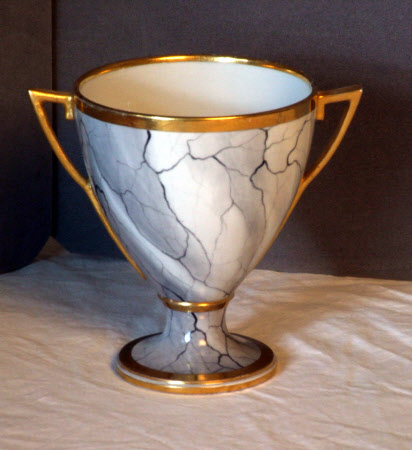 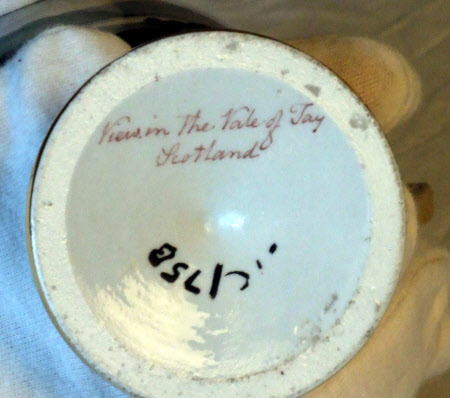 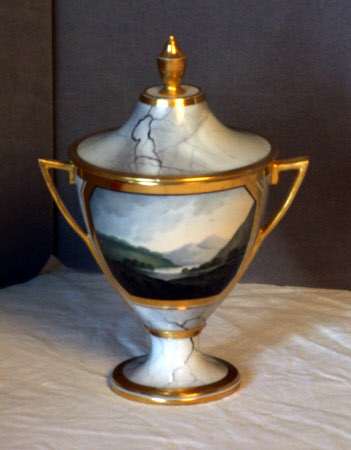 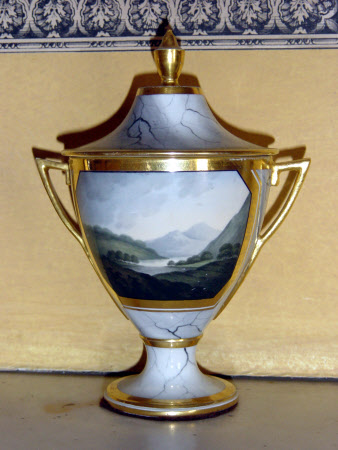 Urn-shaped vase, grey-marbled ground with gilt rim and base, with landscape views within gilt-bordered panels. Two angular gilt handles. Marked on base 'View in the Vale of Tay, Scotland'. View down valley with river and wooded hillsides. The named view is taken directly from aquatints in Reverend William Gilpin (1724-1804), Observations, Relative Chiefly to Picturesque Beauty, Made in the Year 1776, on Several Parts of Great Britain; particularly the High-Lands of Scotland, Vols. I & II, London, 1792: ‘A view of Loch-tay from Maxwell’s temple’, plate facing page 161. Part of a five-piece Barr, Flight and Barr-factory ‘garniture de cheminée’, c.1804–7, Worcester, en suite with NT 353348 and NT 3533471.

Base: View in the Vale of Tay, Scotland