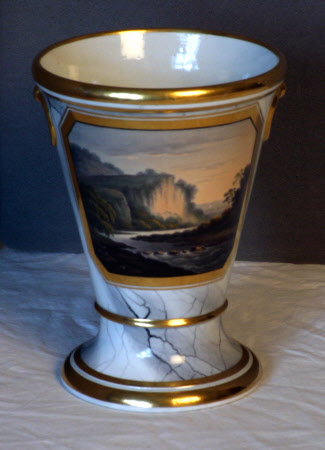 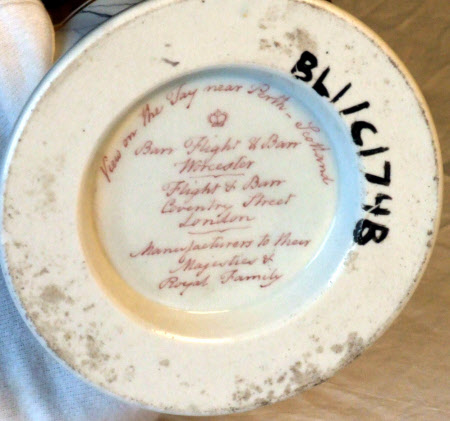 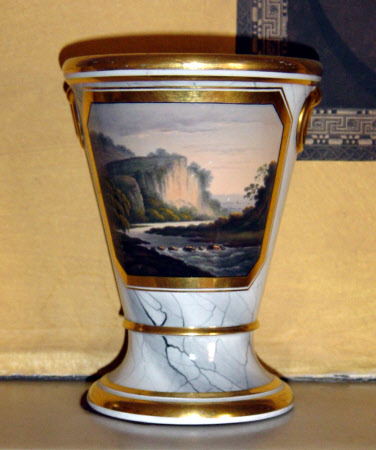 Vase. One of pair of vases from a garniture de cheminee. Made by Barr, Flight and Barr, Worcester, c.1804-7. Decorated with a view of Scotland on a blue/grey marbleized ground with mock ring gilt handles. Painted with a landscape view of a rocky river scene with willow tree at left, wooded bank at right and cliff in left centre framed within a gilt border. Marked on the base: View on the Tay, near Perth, Scotland. Barr, Flight and Barr, Worcester, c.1807-1813.