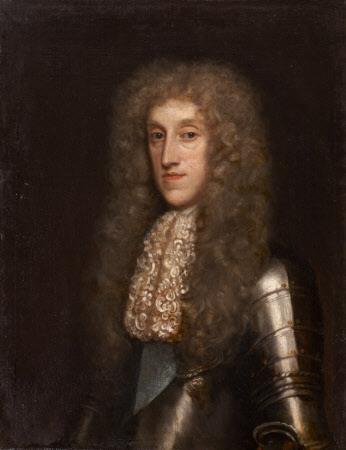 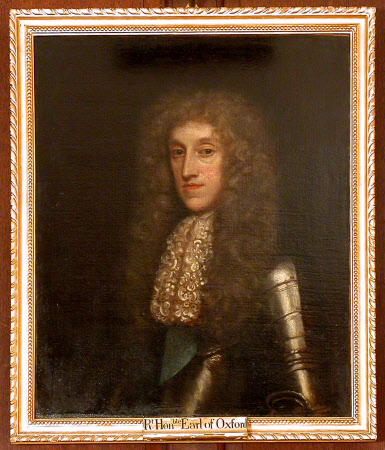 Oil painting on canvas, Aubrey de Vere, 20th Earl of Oxford, KG (1626-1703), Sir Godfrey Kneller (Lübeck 1646/9 - London 1723) [possibly British (English) School, 1670s]. Possibly a later pastiche, or by a foreign artist working in Britain. A portrait of the Right Honourable Earl of Oxford wearing a suit of armour blue sash and white cravat. Aubrey de Vere succeeded to his title as 20th and last Earl of Oxford when he was only five years old after his father was killed in the Dutch army in the Low Countries but continued to live his childhood in Friesland. He married the ten-year old Anne Bayning in 1647 in London which secured his financial difficulties but by 1654 he was imprisoned in the Tower of London, where his wife later died in 1659, being accused of conspiring, against the protectorate. He worked for the Royalist cause under the codename of Mr Waller and was one of six Lords sent to invite Charles II back to England for which he was rewarded handsomely. He was made Knight of the Garter in 1660, Lord Lieutenant of Essex, and Colonel of the King’s regiment of horse called the Oxford Blues, and saw three more monarchs to the throne. Whilst he was living with the actress Hester Davenport, who bore him a son, Samuel Pepys wrote: ‘so rude a dirty family I never saw in my life’. He later married Diana Kirke with whom he had a daughter who became Duchess of St Albans.

On loan from the Trustees of Antony