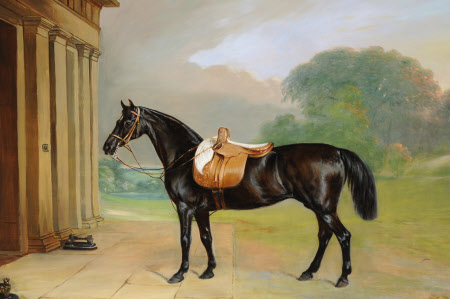 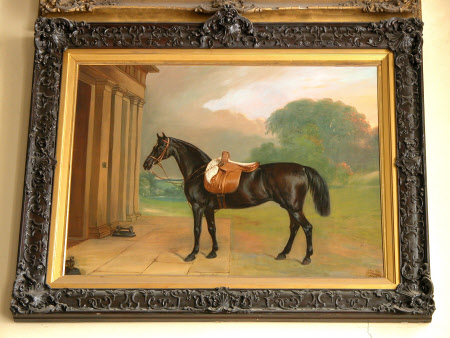 Oil painting on canvas, A Bay Hunter called 'Queen Mab' outside Calke Abbey by John E. Ferneley (Thrussington 1782 – Melton Mowbray 1860), signed and dated in right-hand corner, inscribed Queen Mab across the bottom 1842. The saddled bay hunter stands, turned to the left, with the entrance hall door to Calke Abbey on the left and a landscape behind.