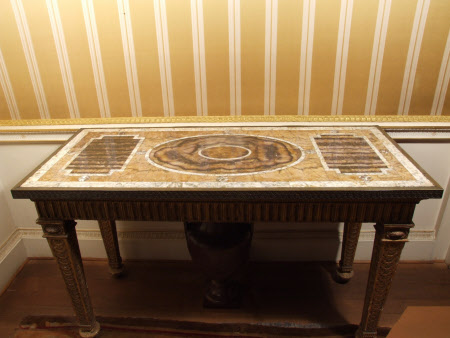 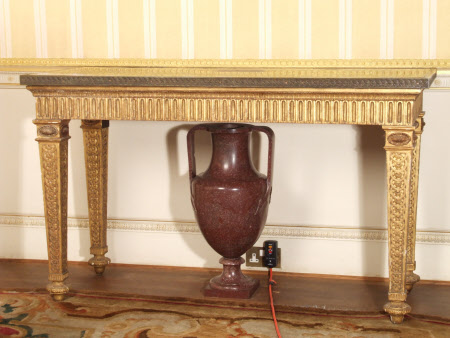 Side-table, giltwood base with Derbyshire fluorspar (Blue John) top, made in England, between about 1770 and 1890.

This table once belonged to Lord Curzon (1859-1925) and the design of the base is attributed to Robert Adam (1728-92), the architect designer of his ancestral country home Kedleston Hall, Derbyshire. The table-top is similar to another provided in 1887 to Curzon, by R.G. Lomas of Derby, for an 18th-century frame at Kedleston.

This example was purchased by Ralph Dutton from the dealer Moss Harris for £100, from the proceeds of his first book, The English Country House, published in 1935. The top is stated to be similar to the one that was provided in 1887 by R.G. Lomas of Derby for an early 18th century frame at Kedleston.