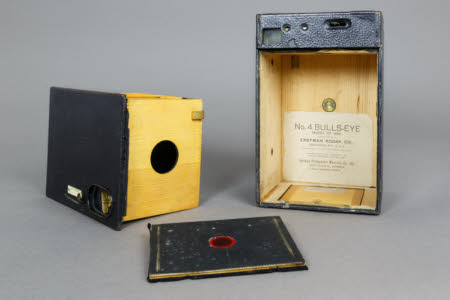 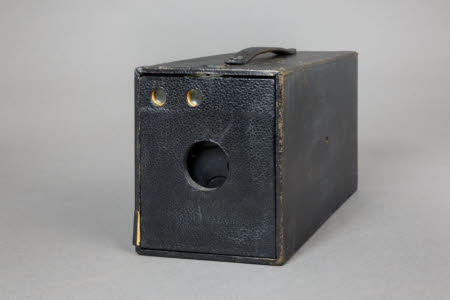 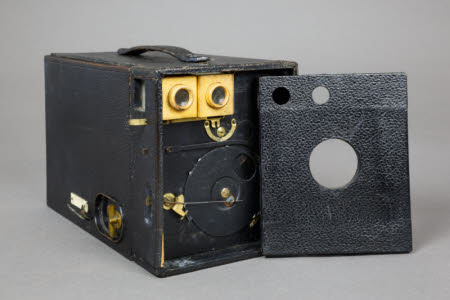 A Kodak No 4 Bulls-Eye model '96 hand roll film camera. A side loading 5x4 camera using 103 film. It has three aperture settings and a simple spring shutter with a single speed plus a T setting. The body is wooden covered in leatherette. Inside the body is a large printed label 'No. 4 Bulls-Eye model of 1896. Manufactured by The Eastman Kodak Co., Rochester, N.Y., U.S.A. Succesor to the Boston Camera Mfg Co.' Then is given 'Patented May 5,1885 December 1, 1891. Other patents applied for.' Addresses are then given 'Eastman Photographic Materials Co., Ltd., 115-117 Oxford St., London. + Vendome Place, Paris.' There are tripod sockets on side and bottom. Inside there are two cross pieces with printing 'start the paper under this cross piece'. On the rear flap is a printed label 'On account of the change in position of red window in back of camera only films having emulsion number higher than 2,350 can be used in this instrument' 'Eastman Kodak Co.'