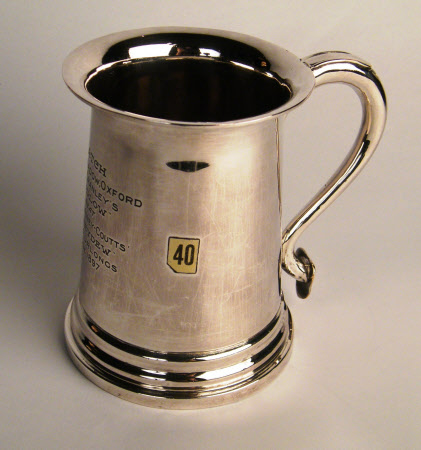 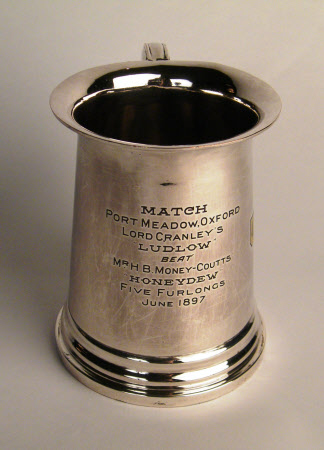 [Saved] A metal tankard of simple form won by Richard Onlsow, Viscount Cranley (later 5th Earl of Onslow) and his horse Ludlow over five furlongs against Hugh Burdett Money-Coutts (1876-1949) horse Honeydew. Run on Port Meadow in Oxford, whilst both were studying at New College at the University of Oxford. Racing horses and gambling on the result was a popular pastime on Port Meadow (north west of Oxford) during the 17th and 18th centuries.