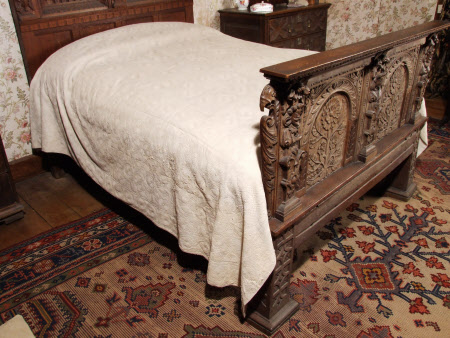 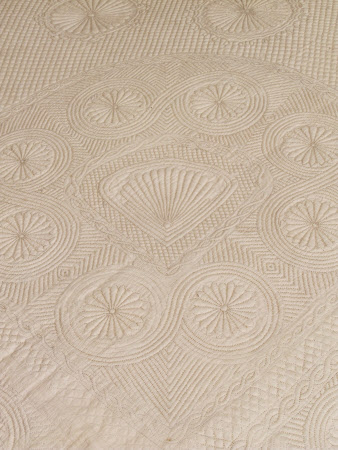 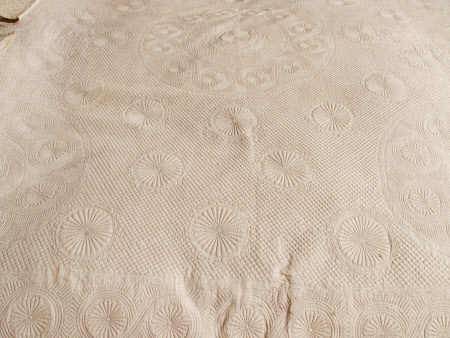 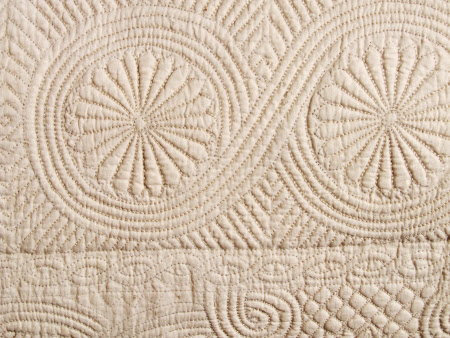 Quilting and needlework were a popular pastime for the ladies in a grand house. This quilt and its two matching pillow cases date from 1710 and were made by Anne Jones, wife of Walter Jones III. It is said that she worked on the quilt for 15 years intending to leave it to ‘such of her daughters as should first marry and have children.’ Neither of her two daughters did; so it remains in the house.

Anne Jones' will: 'One stitched Quilt and Pillows to the first of my daughters as are married and have a child...' [Dickins p.33]. 1738 - not mentioned