Venus lamenting the Death of Adonis 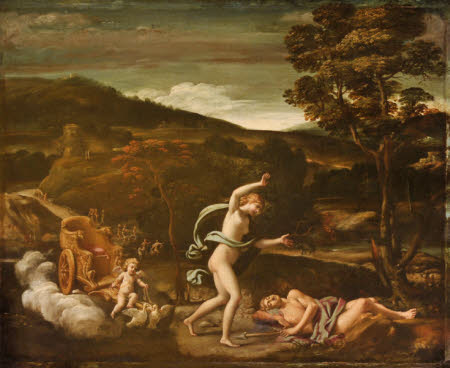 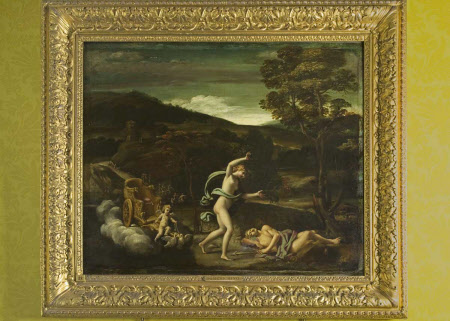 Oil painting on canvas, Venus lamenting the Death of Adonis by Antonio Carracci (c.1583 - Rome 1618). The scene told in the Roman poet's Ovid Metamorphoses (10: 697-730) depicts the death of Adonis. Venus runs from her chariot drawn by doves (meant to be swans) to the dead Adonis lying in the landscape, a boar with figures and flocks in the background. It could also have as its contemporary source Gaimbattista Marino's epic poem l'Adone (1623).

DOMENICHINO (painted in black at base of frame)