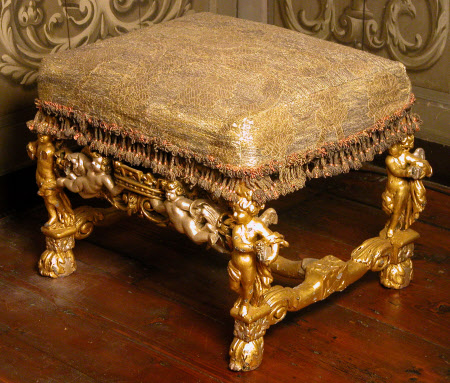 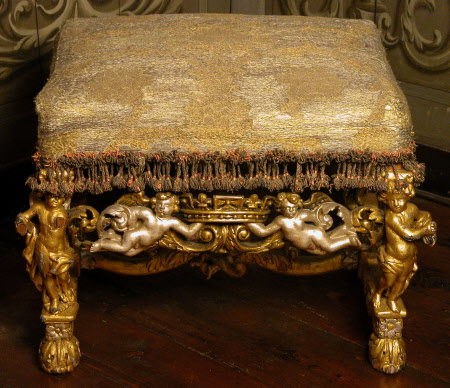 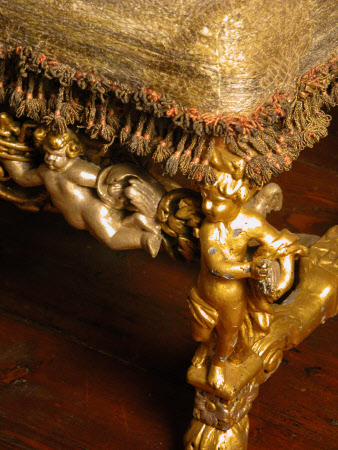 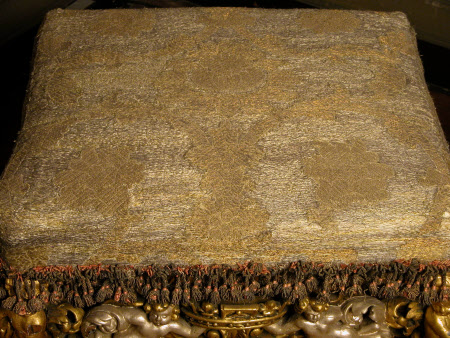 One of a set of six gilt and silver gilt stools, possibly made of beech, England, c.1672-3, upholstered in gold and silver brocade to match the outer hangings of the so-called ‘King’s Bed’ made in Paris. The legs are carved to represent four putti holding emblems of love. The front stretcher features two amorini supporting an open ducal coronet, and the centre stretcher a putto sitting cross-legged and holding a dove. The six stools are part of a larger set comprising the state bed presumably made for James II, when Duke of York (129526), a pair of armchairs (129527) and two squab frames (129529.1-2).

The bedchamber suite was presumably made in 1672/3 for James, Duke of York (later King James II) and his wife Mary of Modena. Recorded at Whitehall Palace in 1694, and removed shortly afterwards from Whitehall Palace, either as a perquisite of office or as a gift from William III, by Charles Sackville, 6th Earl of Dorset in his capacity of Lord Chamberlain, and brought to Knole. Knole and the majority of its furniture were accepted by HM Treasury in part payment of death duties and transferred to the National Trust in 1946.