The Sacrifice at Lystra (right half) 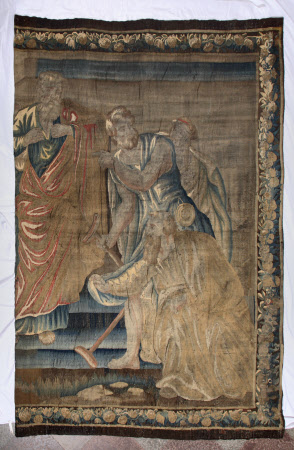 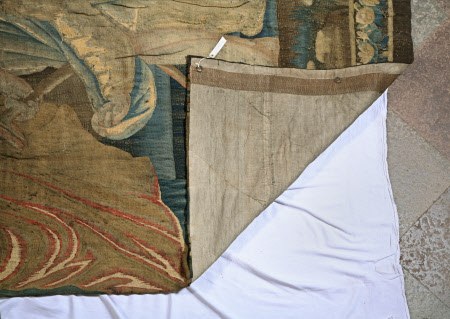 Tapestry, wool and silk, 4 warps per cm, The Sacrifice at Lystra (right half) from a set of three Acts of the Apostles, possibly Abel van Reghelbrugghe, Oudenaarde, after a design by Abraham van Diepenbeeck, c. 1670-1690. The right hand side of a larger tapestry, with an irregular cut down the left edge. To the left a bearded man, probably the Apostle Barnabas, stands tearing at his garments. To the right a second man, probably the Apostle Paul, takes a crutch from a crippled man who kneels on the steps below, and gestures to him to stand and walk. The narrow borders on the top, bottom and right hand sides of the tapestry are made up of closely bunched leaves and flowers on a dark brown ground.