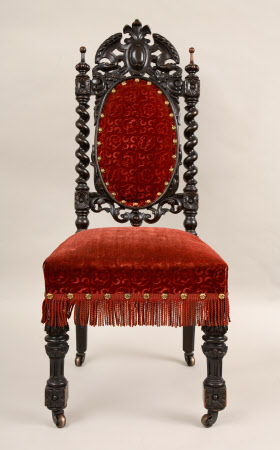 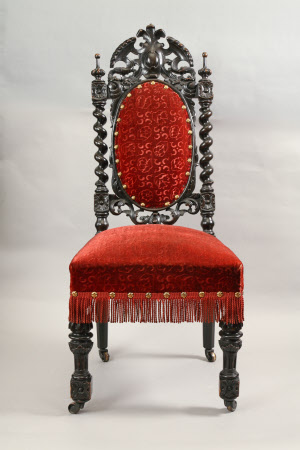 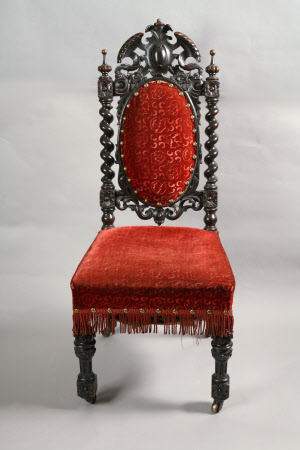 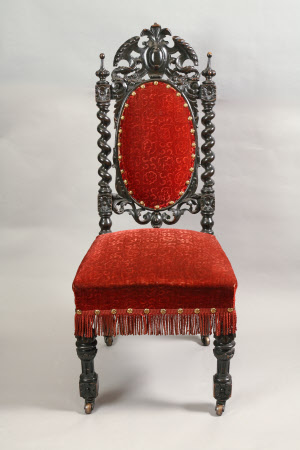 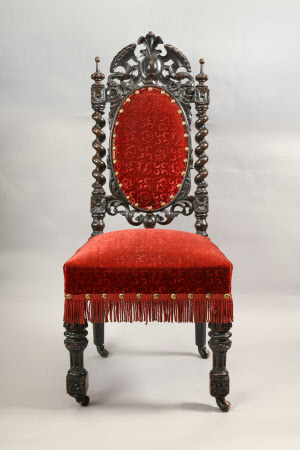 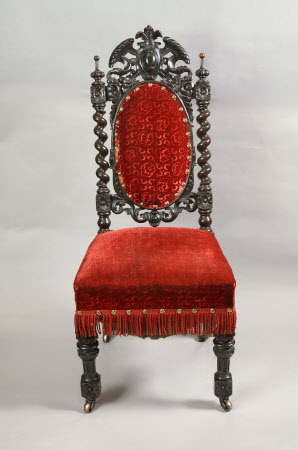 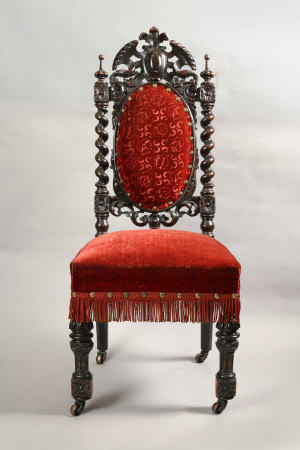 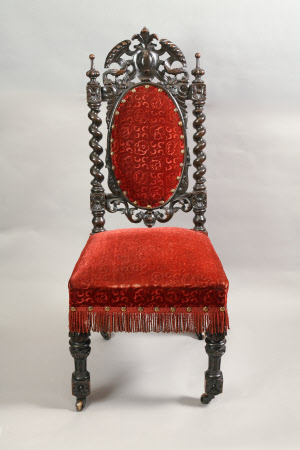 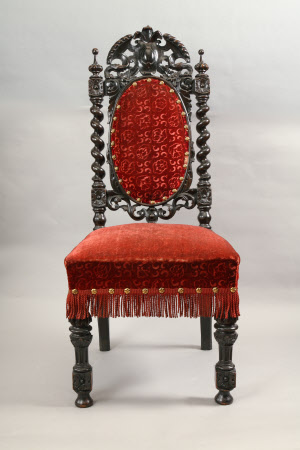 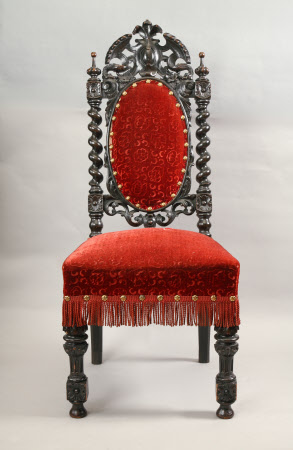 A set of twelve stained oak chairs, English, circa 1860. Each with a carved frame and oval padded back flanked by twist turned stiles surmounted by a pierced cartouche crest. The overstuffed seat raised on fluted columnar and square section baluster legs, on castors. Brass studs with rosette heads.