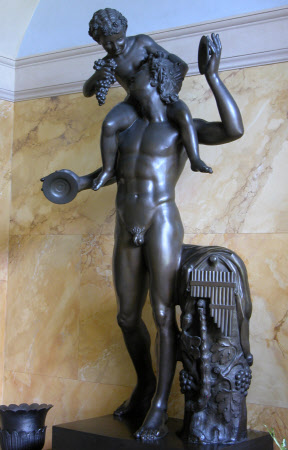 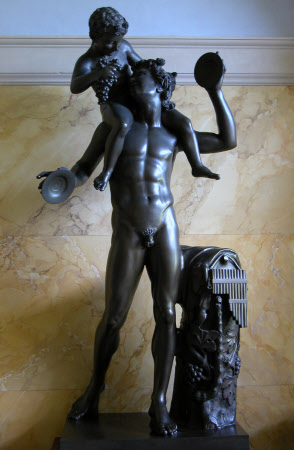 Bronze, Youthful Satyr with the Infant Dionysus cast by Sabatino de Angelis et fils foundry in Naples (established late 19th century and closed dowen in 1915.Inscribed: Sabalino [sic], Naples, 1889. Possibly Pan (with a tail but without goat's legs which he received from Bacchus later) is holding cymbals, with the infant Bacchus, holding a bunch of grapes on his shoulders. Next to the group on a rock is draped a goatskin and the syrinx (named after the nymph who was transformed into reeds) pipes.